A complete rundown on Editorial Illustration

What is editorial illustration?

The core idea of editorial illustration is the expression or visualization of the conceptual meaning of a text. These illustrations’ main trait is that their vivid nature catches attention quickly in pursuit of delivering the message. A perfect illustration is achieved by thorough analysis and interpretation of a given text.

Editorial illustration artworks are not bound to any single genre. They are sighted in various places. When reading a book, magazine, or other forms of writing, you often encounter an illustrated image. Some of your favorite books may also contain forms of illustration.

Adult readers of a wide range of professions like politicians, activists, news reporters, and many more benefit from editorial illustrations due to their effectiveness in capturing attention and delivering a message. For children, these illustrations are to make gaining information a fun endeavor.

What are the types of Editorial Illustrations?

Editorial illustration is a diversified field with various types and categories. Different types of illustrations are increasingly found in numerous reading materials to cater to this generation and their attention span.

One of the types of illustration is an illustration that’s found on internet materials like blogs or news outlets and magazines like The Economist, WSJ, New York Times, etc. Printed magazines and traditional newspapers, either on political topics or other topics, also contain Editorial illustrations.

Moreover, you can spot illustrations in fiction and non-fiction books for either children or adults. On these books, illustrations are painted on different parts like their front cover, back cover, endpaper, etc.

In addition, encyclopedias, atlases, and various educational materials use illustration as a means of making information engaging.

Nowadays, illustrations can also be found on social media platforms like Instagram, Pinterest, Tumblr, etc. These illustrations depend on the targeted audiences to specify their category.

Different techniques of illustrations are used to simplify an intricate story for different types of audiences or readers.

The key to being a good illustrator is communication. When working on projects, clients often have an image in their mind of what they want their desired image to look like. Your job is to help them create a rough idea of what they want and deliver based on that.

There is a wide array of editorial illustration opportunities out there, and for you to stand out, you need to cultivate the analysis and observational skills to provide clients with high-quality illustrations. Furthermore, if you are working in-house, you need to have team spirit to be able to collaborate with your team. You will need communication skills here as well, to communicate your ideas as well as understand what the team requires of you. Skills in using digital software are also a great addition to your portfolio as an editorial illustrator since most illustrations are made on digital art platforms like Adobe Photoshop, Autodesk and Adobe Illustrator.

Moreover, a passion for art will be one of your most essential traits, whether working in-house, as a freelancer, in a self-employed position, or just as a hobby. You will need the passion to draw or create illustrations using photography, typography, or other methods

Careers as an Editorial Illustrator

A career as a digital artist is indeed a lucrative one, with pay ranging from 28 all the way up to 81 thousand USD a year for full-time artists and a little lower for part-time artists.

Then comes the part of the illustration; professional illustrators are hired to create images that are optimized in terms of style and image for their respective audiences. To create these specialized illustrations, you need the required equipment and software. As soon as you have that out of the way, you can start reaching out to clients through various online platforms like Fiverr, Upwork, etc., or by networking on social media sites and attracting clients. Thus, you can begin your professional career in editorial illustration by providing clients with illustrations for their website, book, news article, as well as other projects.

All in all, in today’s digital age, there are many ways for you to explore and grow as a digital artist.

The virtuosos of Editorial Illustration

Among the best editorial artists out there is Martin Tognola. Hailing from Buenos Aires, Martin has created illustrations on topics ranging from social issues to politically aware ones. His journey began at a young age, creating editorial illustrations on various topics that attracted people’s attention and brought him into the limelight. From then on, major news companies like The New York Times and The Washington Journal have hired him for editorial illustration gigs, and his work can be found in most major magazines today. 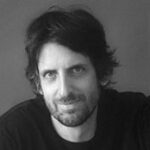 From Düsseldorf, Germany Jojo Ensslin is one of the industry’s leading editorial illustrators. His unique way of illustrating includes combining plain shapes with fine color palettes and creating detailed characters.

Jojo taught animation, cinema, and sound at the University of Applied Science, Peter Behrens School of Arts for five years. His art incorporates complex components and endearing figures, as well as his appreciation for basic forms and well-defined color palettes. He adds shadings and subtleties by hand, then adds structure to give the picture a haptic-paper or wood-print feel.

When it comes to animation, Ensslin draws inspiration from movies and storytelling to bring his images to life. To create the required image of seamless camera movements and fully animated people, he uses a 2D method, occasionally placing subjects in 3D surroundings.

Owing to this unique style of drawing, he has gained a reputation among major new magazines as a talented editorial illustrator. 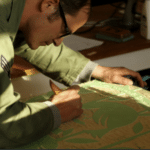 Abbey Lossing is an Austin-based illustrator, animator, and art director who specializes in detailed illustrations. She was born and raised in Granville, in the state of Ohio, and moved to New York City after graduating from Syracuse University with a degree in illustration.

She went completely freelancing in 2017 after working as a staff artist at BuzzFeed and subsequently Vice News. She’s worked with companies including Facebook, Google, Target, The New York Times, and The Washington Post since then.

She is frequently influenced by fashion and textiles and enjoys incorporating themes into her artwork. Abbey utilizes a Cintiq to keep the imprint of her touch in her digital work while creating in Photoshop from the first concept to the colored finish.

Her art is vibrant, vivid, and full of lively energy that ties themes and figures together. She enjoys drawing crowds, cityscapes, intimate portraits, and much more. 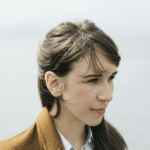 Milton Glaser was a revolutionary Graphic Designer born in, New York City. He was most famously known for co-creating Push Pin Studios which became a leading reference in the field of Illustration. In addition, he co-founded New York magazine and launched Milton Glaser, Inc as well.

The work of the Push Pin studio focused on uniqueness and more specifically “reinvigorated interpretations of historical styles.” The was successfully led by Milton Glaser and Seymour Chwast for 2 decades. Glaser produced and drew hundreds of graphic design projects in his tenure.

His work has been included in displays across the world, including the Cooper Hewitt National Design Museum in New York and the Victoria & Albert Museum in London. Milton Glaser even conducted solo shows in France in the Centre Georges Pompidou, Paris.

He also conducted a solo show at the Museum of Modern Art in New York City. He was honored with multiple awards for his artwork. 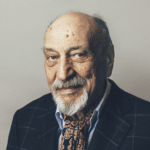 Emma Hanquist is a Swedish Illustrator who pursues her passion for illustration. She resides on Gotland island, on the east coast of Sweden.

In 2007, she graduated from Gothenburg University, specializing in Design and Crafts. From then on, she successfully pursued illustration as a freelance designer working in various parts of illustration such as advertising, animation, but mostly focusing on Editorial Illustration. Her passion and enthusiasm for learning and designing in all types of subject matters led her to editorial work in various Swedish national magazines and newspapers.

Her impressive reputation even got her services to some multi-national firms and many magazines of international stature. 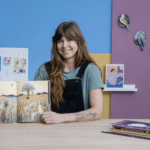 Q: Who are some of the most promising new Illustrators with several pages worth of art portfolio?

A: Felicia Fortes, Stefan Schmidt, and Maarten Peeters are some excellent new, talented illustrators and editors who will give you unlimited access to beautiful artworks

Q: Can designers get a job to sketch an editorial cover for famous websites such as the New Yorker?

A: Yes the New Yorker like any other magazine, newspaper, publication, needs illustrators for their articles, and they hire all sorts of designers to get the job done.

Q: What are some of the best publications or magazines of recent times.

A: There are various amazing magazines out there. Some of the best recent work includes The NIB which publishes satire, essays, and memoirs, all in comics form, AWW which is a Hong Kong-based animal-themed illustration magazine, and The Norwegian magazine NORK which presents a view of the world as seen from high above the Arctic Circle.

Q: What are some of the best websites to find free illustrations?

A: Pixabay is one of the best illustration search engines you can come across. It has tons of royalty-free illustrations you can use. In addition to that, Freepik is an exceptional option for things like greeting card templates, brochures, pamphlets, etc. You can also check out Flaticon for tons of icons.